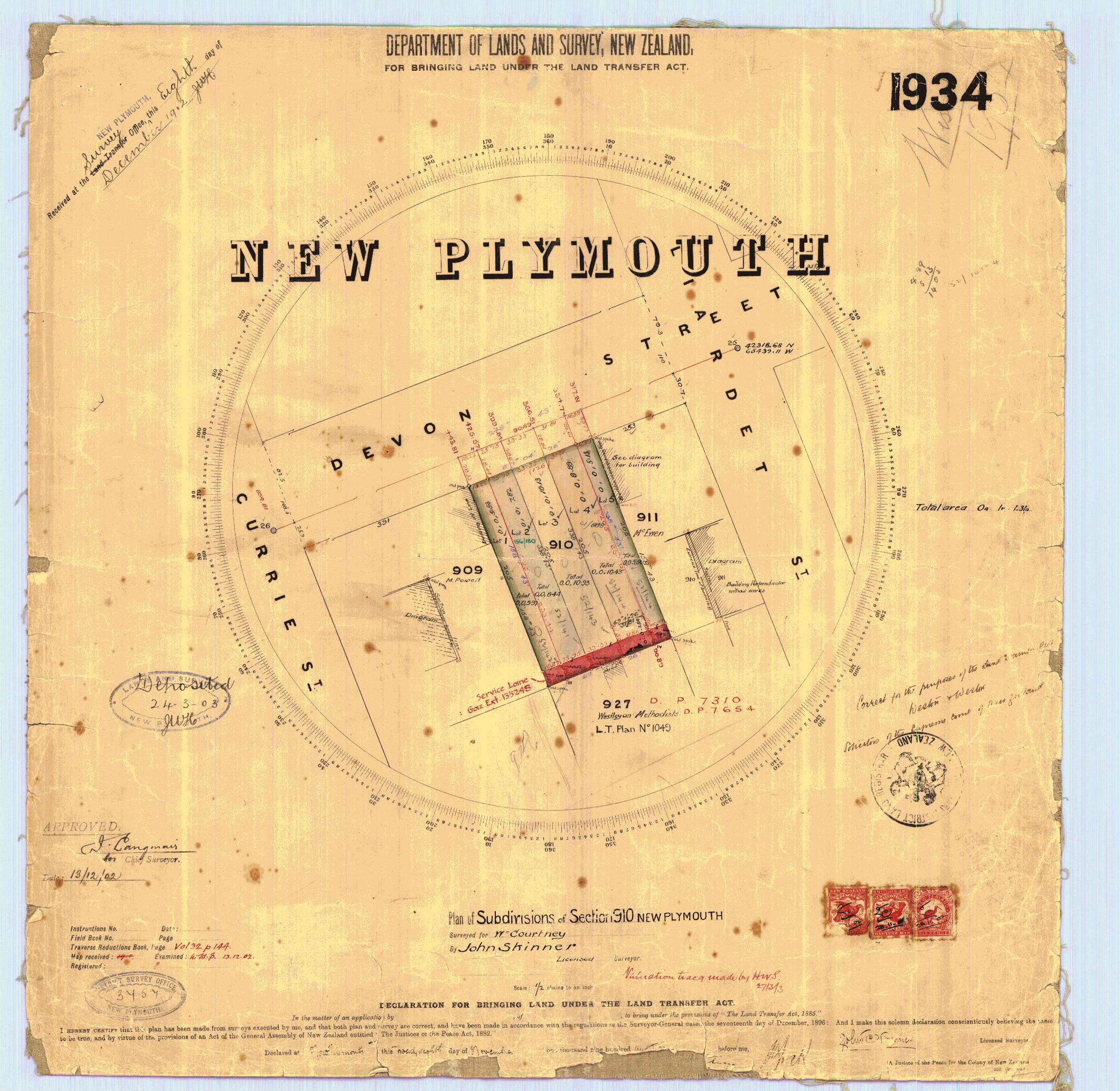 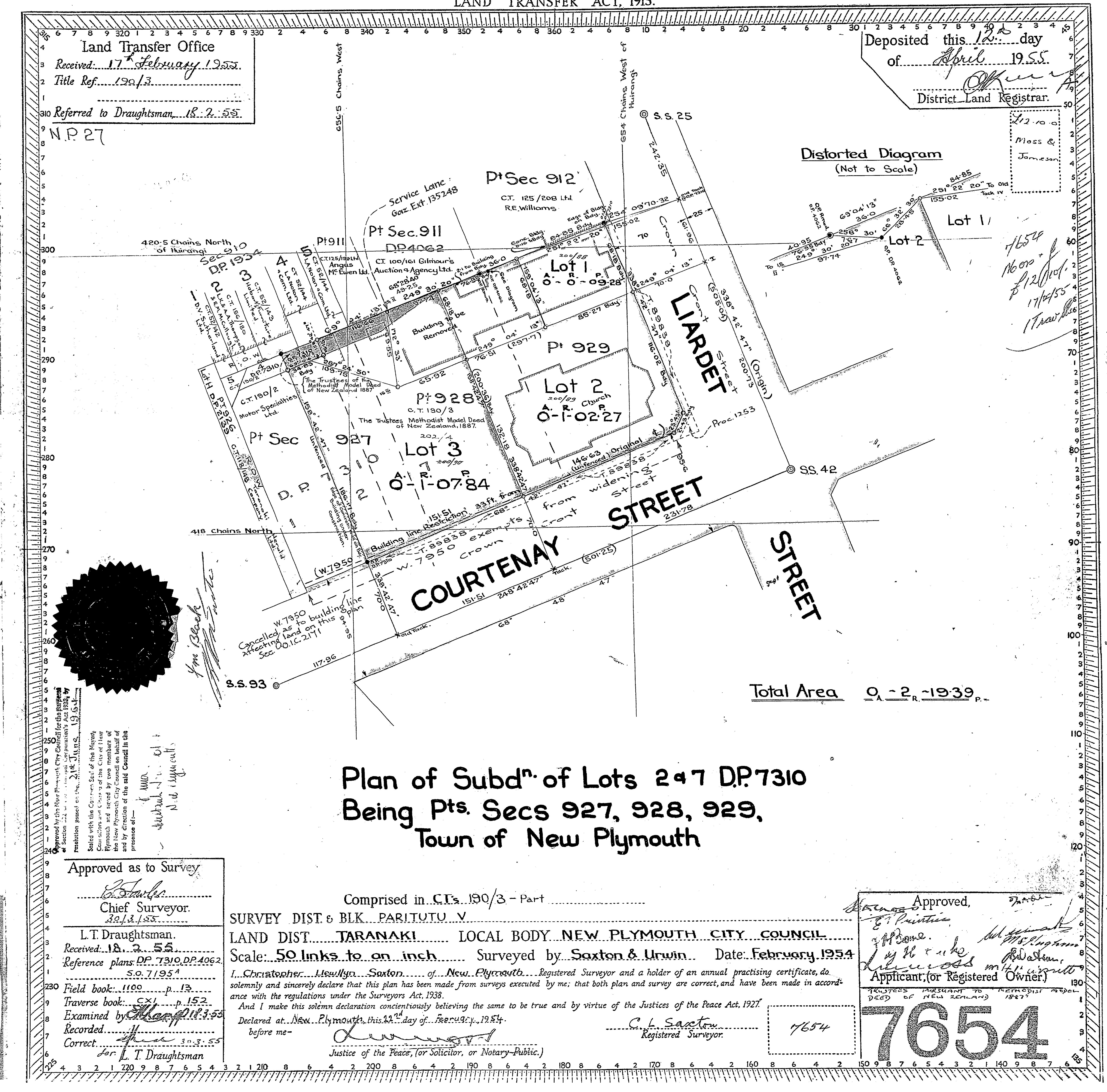 The present Whiteley Church building stands on the intersection of Liardet and Courtenay Streets. But the very first church there was built back in the 1850s. It appears that Church Lane has existed since those earliest of days also, although only in more recent decades has it been known by that name.

A 1902 survey shows a lane, measured but un-named, providing access off Courtenay Street between the then church and the property that is now the Taranaki Daily News building. The lane runs to and along the rear of several buildings facing Devon Street. In a 1904 survey it is formally noted as a “right-of-way.”

In 1897 the original church on the site, by then considered too small for the congregation, was shifted sideways and a new wooden church was built to commemorate the life of John Whiteley, killed at Pukearuhe in 1869. The Reverend Whiteley had organized the first Christian mission in Taranaki back in 1839.

A 1955 survey shows that a small building immediately beside the church was planned to be removed. This allowed the right-of-way to extend a bit further towards Liardet Street.

In 1959 the wooden church was burned to the ground in a spectacular fire, visible far and wide. Although New Plymouth’s fire station was located immediately opposite, on Liardet Street, the building couldn’t be saved. It wasn’t until 1963 that its replacement, the present church, was built, at a cost of £57,000 - over $2 million in today’s currency.

In 1966 the “right-of-way” that had existed for many years was formally named Church Lane. Today, an enjoyable way to spend half-hour of your time is by visiting the lane and getting a sense of the history of the location.