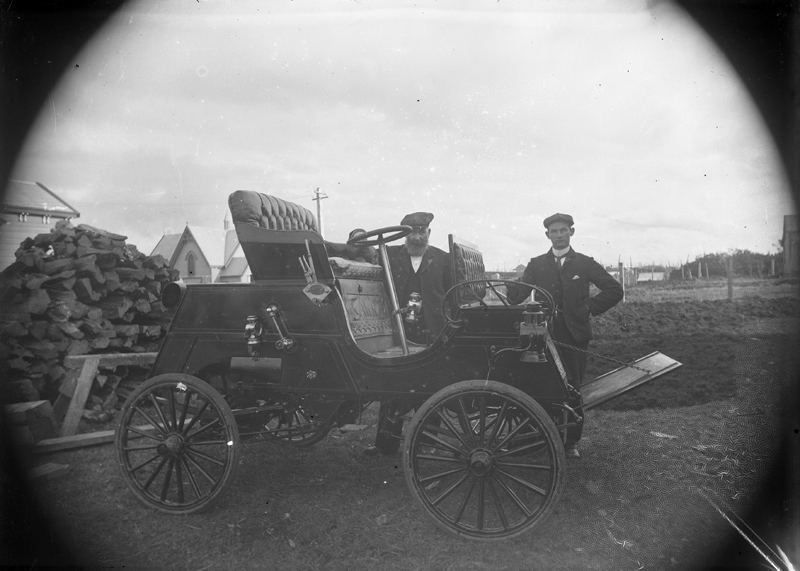 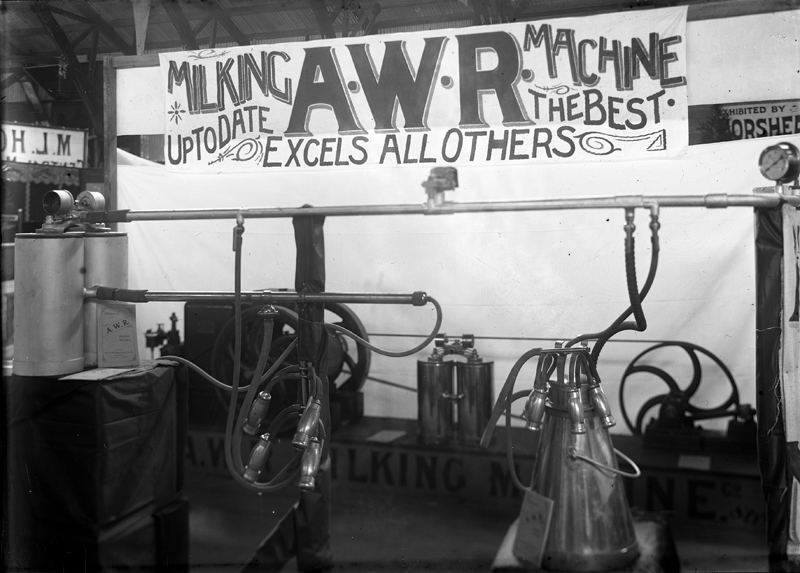 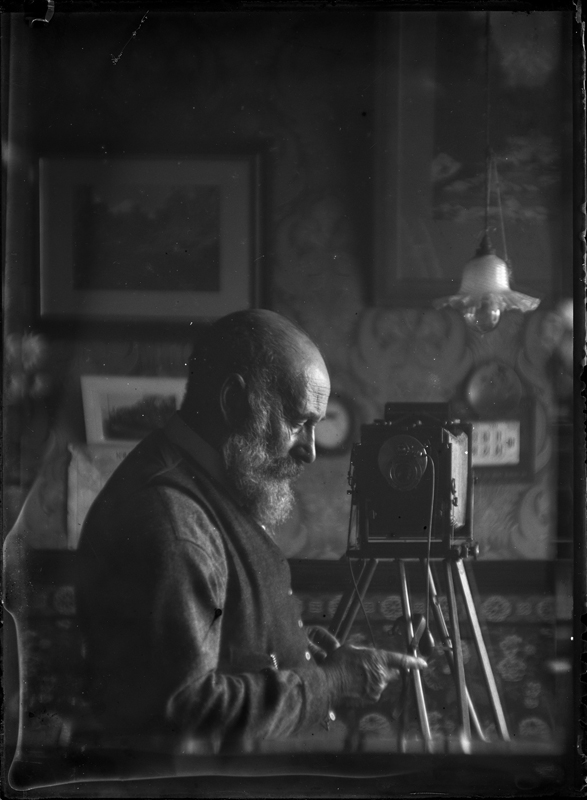 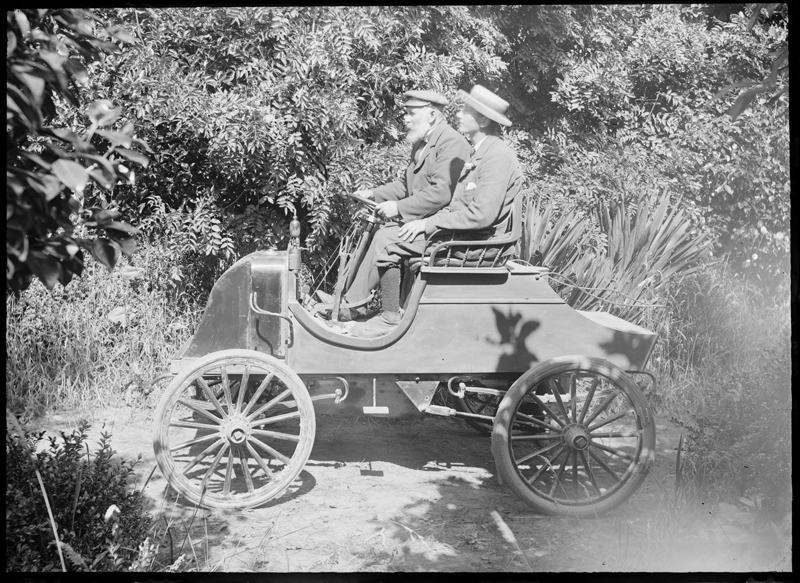 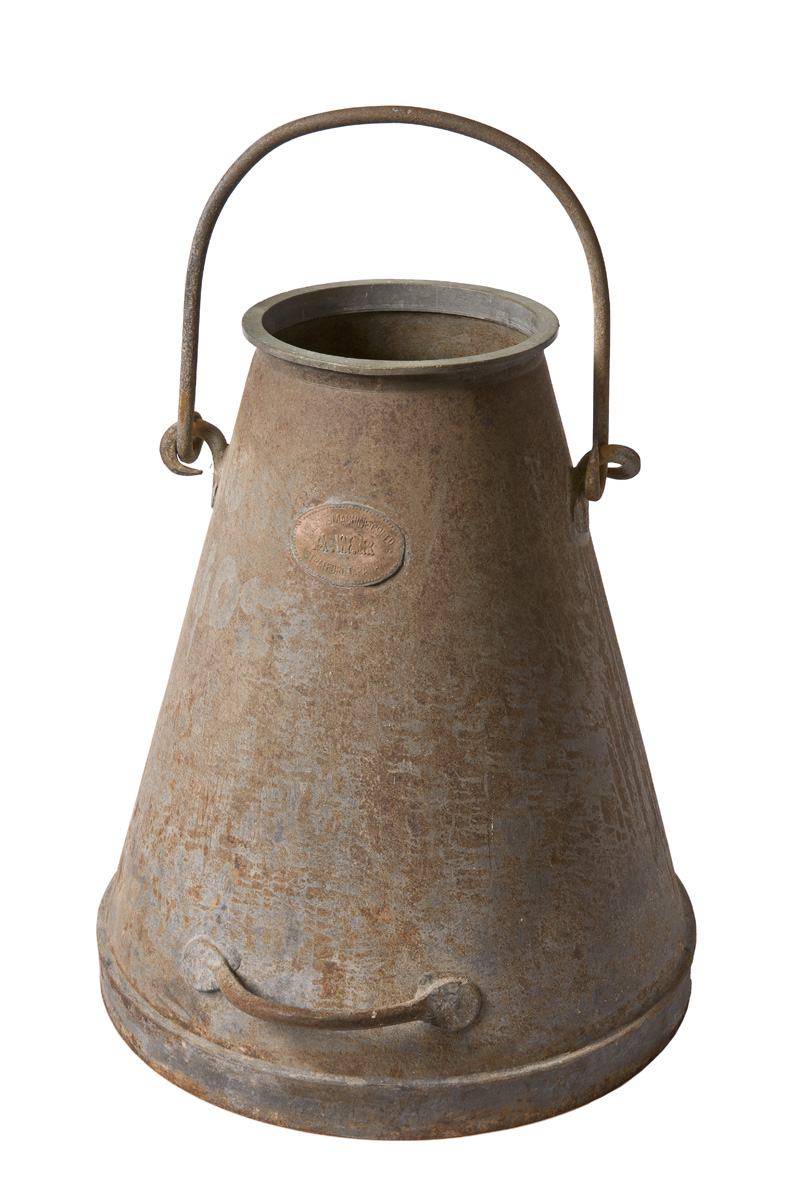 A little more than 100 years ago, the people of Stratford faced a great debate – whether to opt for electric lights or go with water gas lamps. It looked like the water gas option was a fait accompli with the Stratford Town Board, until a forward-thinking man stepped into the fray.

That man was Alexander Walker Reid, affectionately known as AWR (no relation to the publisher). He is also credited with building steam-powered cars, inventing his own milking machine and designing some of the earliest pop-top caravans.

His intelligence and foresight first came to light with electricity. Together with a man called Adam Porter of Cardiff, AWR put on a demonstration of electric lights for the people of Stratford. The display was a hit and the lights proved far brighter than the water gas powered lamps presented by a Balclutha man, called Mr Watt.

The argument was fought not only at local body level, but was debated in the houses and shops of the town, with many people suspicious about the new-fangled power source. Even the Taranaki Herald took a stance. On 11 March 1897, the paper's resident agent said: "These gentleman [A.W. Reid and Porter], solicitors for the welfare and prestige of the town, are much disturbed over our proposed acceptance of Mr Watt's offer to provide us with gas.

"Their talk is of volts and ohms and they appeal to us to be true to our go-ahead traditions and adopt the light of the future not that of the past.

"However, there are many of us, not electrically enthused, who hold that what we want is the light of the present, and that in speaking of electricity as light of the future its advocates are telling an 'over true story'."

In the end, the light debate was handed over to the ratepayers. On 16 April 1897, the Stratford agent wrote: "There is going to be a plebiscite on the gas versus electricity question. We are all of us suffering either from electrolysis of the liver or gastritis of the lights." The vote was held at the end of April, with a majority ticking the electricity option.

In 1900, Stratford went live, with William George Malone acting as the lawyer for the electricity supply company. He is remembered as Lieutenant Colonel Malone, who led Kiwi troops and lost his life at Gallipoli in World War One.

The electrical happenings in Stratford made it the second place in New Zealand to have a hydro-electric station for public supply. Reefton was first in 1888. AWR's grandson, Ian Reid, says there is some debate over whether Stratford or Wellington was next. While the capital's electrical supply is dated 1889, Mr Reid queries whether it was for public supply. "It was used for the trams only. It might have expanded to street lighting."

Whether Stratford was second or third, it was A. W. Reid who was the force behind it. "Really, he was so far ahead of his time" Ian Reid says.

AWR was born in Glasgow, Scotland, on 14 September 1853, to parents Alexander and Helen Reid. They also had a daughter, but she died before 1860, the year the Reid’s sailed for New Zealand on the William Miles.

This ship arrived in Lyttelton on 21 August 1860 and the family walked over the Port Hills to a place called Southbridge, where they settled for a time. Because there was no school there, young AWR was taught by a retired sea captain. He went to school later, when the family moved on to a 300 acre (121 hectare) farm at Springfield.

What happened when AWR left school or where he learnt his engineering skills is unclear. But Ian Reid has been playing detective, putting all the documents together and filling in the gaps. The executor of Alexander Reid's will was iron founder George Scott, who co-owned engineering company Scott Bros. This firm specialised in farm machinery and later made Atlas coal ranges. Ian Reid guesses that AWR must have done an apprenticeship with Scott Bros, which led to the link between Alexander Reid Senior and George Scott. However, there is no documentation to prove this.

Reading between the lines, Ian Reid reckons AWR probably met his future wife while working on the threshing machine of contractor Adam Whyte. Somehow, AWR met Whyte's sister Janet and fell in love. Janet and AWR married in Christchurch in 28 June 1876. Six years later, when Janet was pregnant with her sixth child, the Reid’s left Canterbury for coastal Taranaki. "My father [Robert] was born at Opunake in 1882" Ian Reid says. AWR and Janet had 10 children, including twin girls, who died as babies.

The Reid’s didn't spend long on the coast, instead moving to central Taranaki where AWR bought extremely cheap land on Bird Road between Ngāere and Toko. He worked as a dairy farmer and an engineer, starting the Stratford Electrical Supply Company in 1898 after the ratepayers' supportive vote the previous year.

"After he got that going he went on to the steam cars" Ian Reid says. "He didn't get completely blinded by things. He was looking ahead all the time." He produces photographs of the vehicles, mostly taken by his grandfather. As well as being an inventor and a forward-thinker, AWR was a fine photographer.

Many of his original glass negatives are in the Puke Ariki Heritage Collection, including shots of his steam-powered cars and his private Stratford workshop, where the automobiles were assembled from imported parts.  A sharply focused snapshot of AWR's workspace shows tools and machinery from yesteryear and a man relaxing at the back of the workshop. In other images he appears as a stern gentleman, a persona most people saw.

"I think he was a pretty hard bloke from what my father told me" Ian Reid says. "It ended up that my father was ordered out of the house. He used to go back and see his mother." AWR was a perfectionist. "Everything had to be just so." An old blacksmith at Stratford, Bill Collins, knew this, so used to have AWR on a treat. "He'd say 'I think that will be near enough Mr Reid' and he would get a dressing down. 'It's not good enough to be near enough'. It had to be exact" Ian Reid chuckles. Despite his teasing words, the blacksmith's work always ended up being precise.

Although AWR wasn't one to go with the flow, he did move with the times. From 1902 to 1907, design of the steam-powered cars he made began to evolve. "It changed shape from time to time – it was modified" Ian Reid says. He says his grandfather made three cars - one for himself and the others for customers.

But it wasn't always plain sailing. "Him and his sons were out for a drive one day near Midhirst and the car caught fire. A fellow galloped by on a horse and yelled out 'You are on fire!' But the old chap wouldn't take any notice of him because he thought the fellow was having him on" Ian Reid regales the tale. "One of the sons said 'It's getting a bit hot under here [he was sitting near the boiler]'. They had to get into the river with their motoring caps and put it [the fire] out."

AWR didn't stick with those early vehicles. "He couldn't see a future in steam cars and he bought a Humbe," he says, turning over another black-and-white picture of a stately bearded man sitting in a vintage automobile. "Then he went over to Morris cars" showing another photo.

From cars, AWR moved on to milking machines. The first in Taranaki was called the Thistle. "That was well back in about 1860. I don't know how it worked or anything about it" Ian Reid says.

In the first decade of the 1900s, Taranaki inventors were focused on making milking easier, more streamlined and hygienic. In 1908, Cyril Gane of Normanby patented his milking machine ‘releaser’ and Blake's Simplex machine came on the market.

Alongside these, A.W. Reid invented his milking machine. "The nearest I can get to when they were first made was 1907" Ian Reid says. "It was very successful. They were even sold in Australia." Turning the pages of an original catalogue, he explains why his grandfather's machine stood out from others. "One of the early features was that he patented the releaser." This was a container that filled up with milk and then released it. "He incorporated a system where it recorded every gallon of milk."

The cups used on the cows' teats were another AWR improvement. "They could be put together by hand, with no spanners or anything else." The pulsator controlled the suck and release of the cups. "It was a very compact unit, but it had one disadvantage. That was it worked by suction and it was meant to pulsate by means of air bleeds. Of course in the dusty cowsheds of those days it used to get blocked up. Not very often, but it could happen." Anderson engines were used to drive the AWR milking machine. "For a period it came out as a combined petrol engine and vacuum pump. That was a development to make it more compact."

In 1918, there were sad developments on the home front when his wife, Janet, died during the influenza pandemic. She died on 13 November, just two days after World War One victory parades were held in towns throughout New Zealand. AWR remarried in March 1926, taking widow Ellen Anne Richmond (nee Read) to be his wife.

During his twilight years, the inventor took an interest in motor-homes and made his own caravans. "The first one he made was a little pop-top thing. You pulled a rope and the top came up and the sides came down and that was your living accommodation" Ian Reid says. "Later on something like hardboard came out and he made a caravan. It was like a house on wheels. It was regarded by some in the family as a bit of a joke." However, AWR took his caravans away on a number of trips and even got his picture in a newspaper during a journey up north.

His engineering business didn't perform so well. Like many others, it was destroyed by the Great Depression of the 1930s. "He was quite an old man when he gave it all away" Ian Reid says.

In 1938, aged 85, AWR died. He is buried in Stratford’s Kopuatama cemetery. Not far away is Stratford's power station, a futuristic assemblage of humming wires, cables and steel. A. W. Reid's belief in electricity was powerfully prophetic.

Paritūtū: Sentry at Our Port

Blanche Halcombe: From Treasure to Tragedy

Johnny Callender and the Mountain Goat