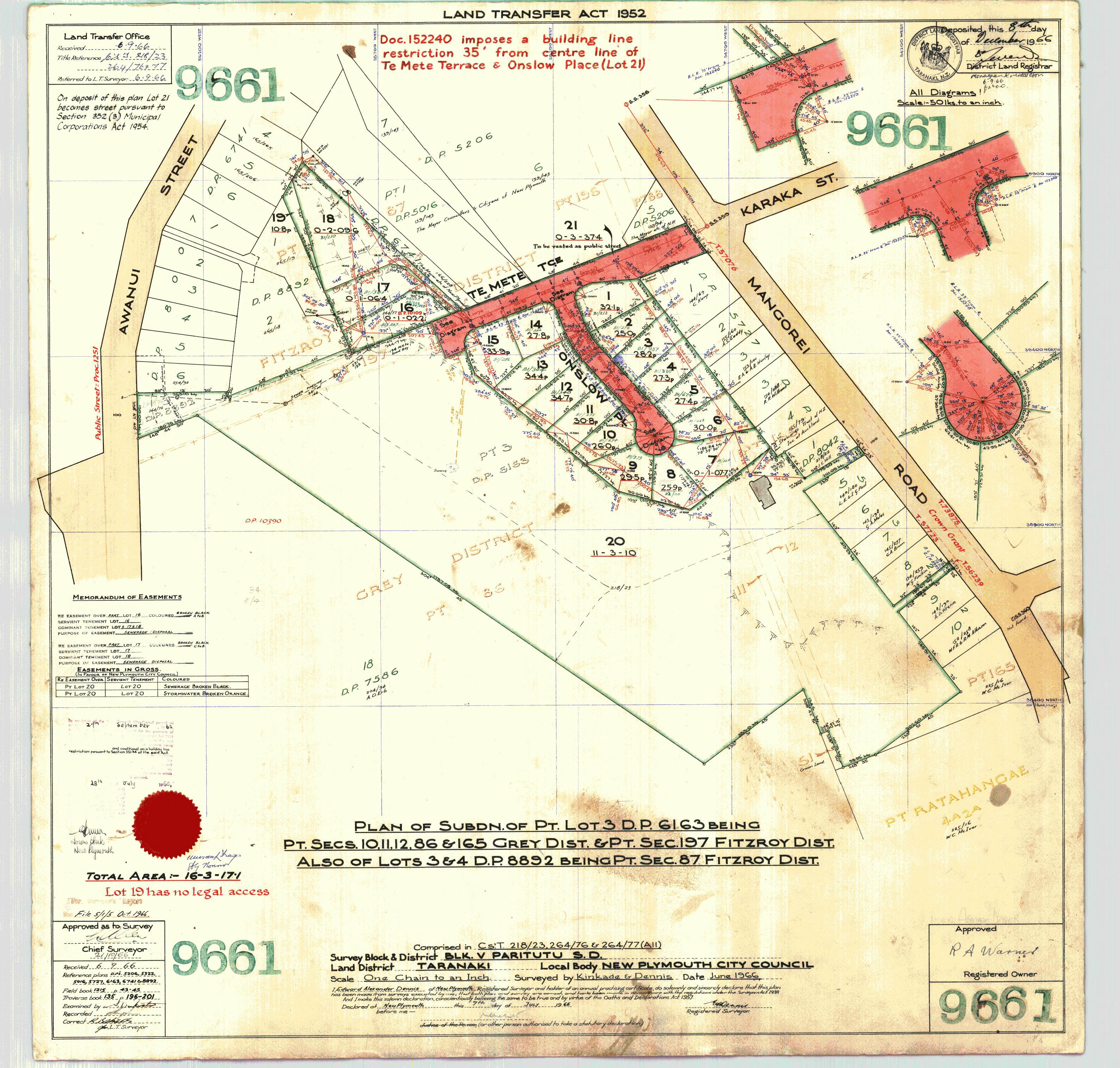 Te Mete Terrace overlooks Te Mete Park in Merrilands. It was developed for housing in the late 1960s. The story of the streets name goes back much further.

In the early 1900s, Stanley John Smith was a large land-owner in the area. Born in 1870, Smith had inherited the family farm on Mangorei Road. In his youth he was a prominent sportsman, later a successful businessman, and for many years an elected New Plymouth councillor. He also served as chairman of the Taranaki Hospital Board.

As the New Plymouth town boundary encroached beyond his farm, he progressively sub-divided and sold land. However in one area he decided otherwise.

In the late 1920s he gifted the land we know as Te Mete Park to the New Plymouth Borough Council as a sports ground. With steep hills surrounding it, people likened the area to Pukekura Park.

However, nothing was done with the land initially, locals only using it as an informal play area. Smith was unhappy about the situation and frequently complained to council, considering the park to be in a “disgraceful state.” Only in 1938, inspired by sports enthusiasts, did things change. That year the Albion football club agreed a lease with council to develop the ground into football fields and play competition games there. Plans were put in place to tier the western bank, the soil removed used to fill a swampy depression at the northern end.

At the formal gathering on Te Mete Park to hand over the lease, one Saturday in late June, 1938, Stanley Smith told those present that as he understood it, “Te Mete Park meant Smith Park.”

S.J. Smith died in 1951. Many years later the developer who subdivided and formed Te Mete Terrace named it in recognition of the playing fields below, donated by Smith and benefiting football and cricket to this day.