"A peep at the Ranges from the Mountain Reserve" (1890). A series of views relating to Sir William Fox's 1890 mountain climb. Edith Stanway Halcombe. Collection of Puke Ariki (A75.509). 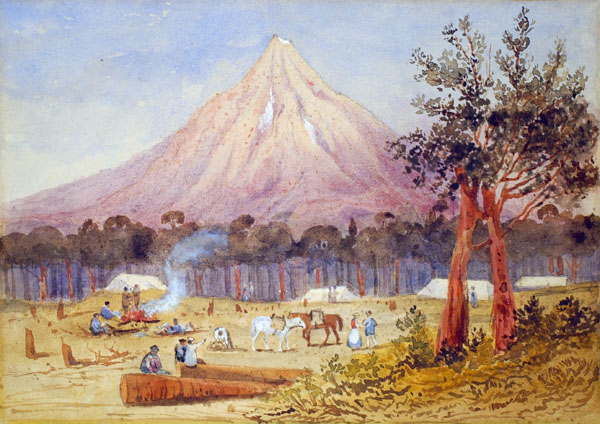 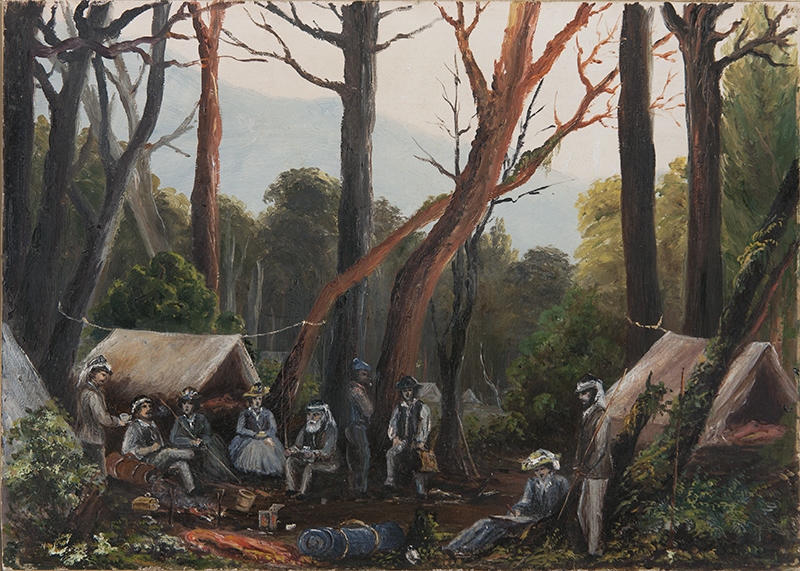 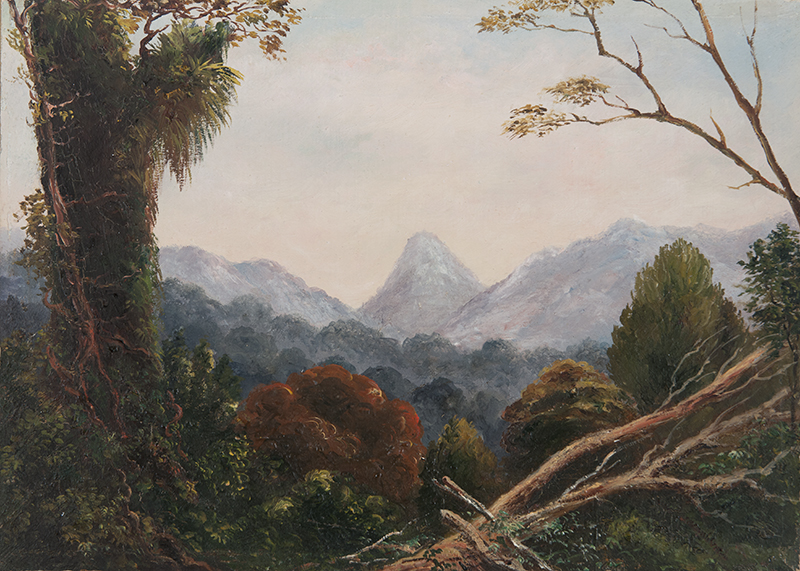 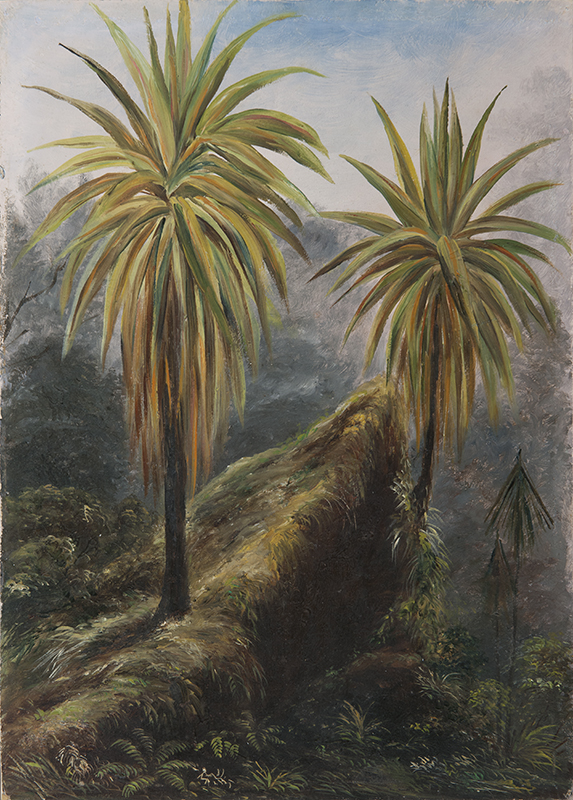 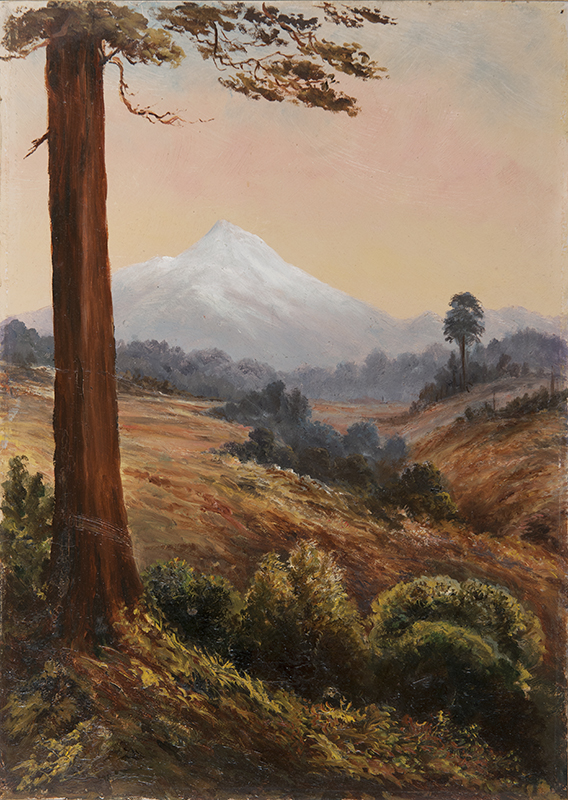 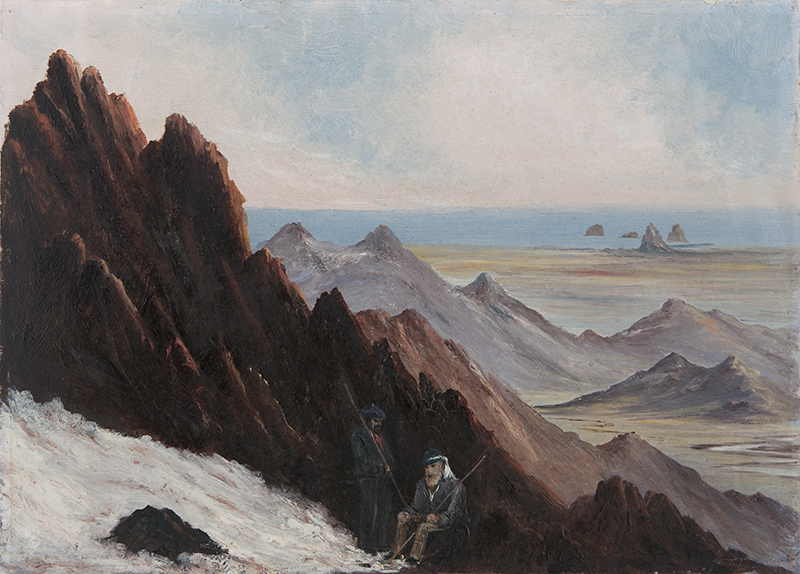 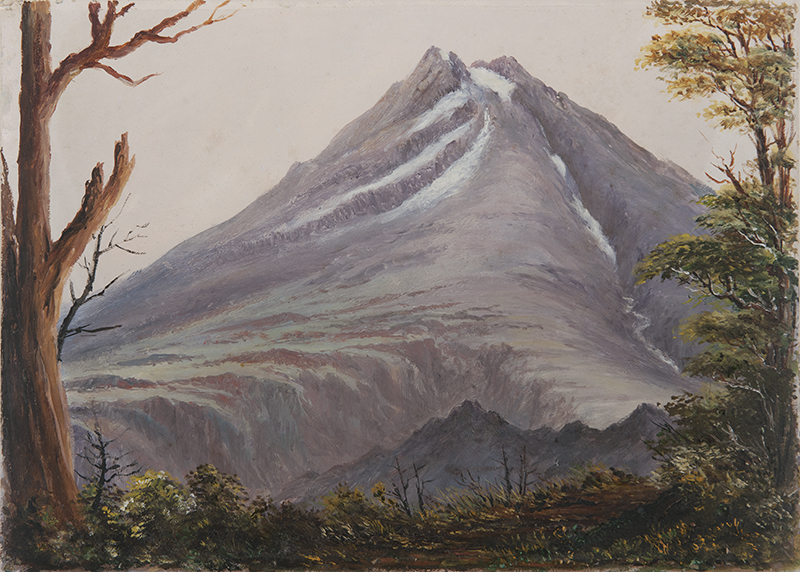 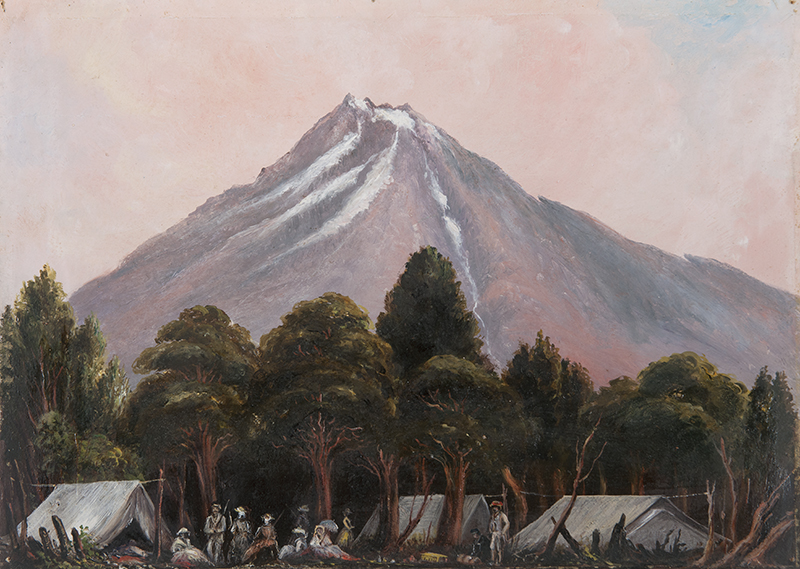 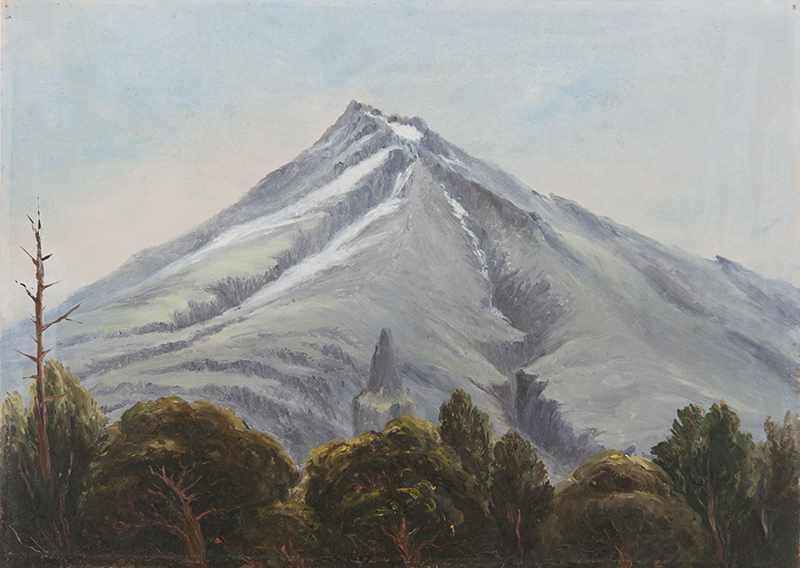 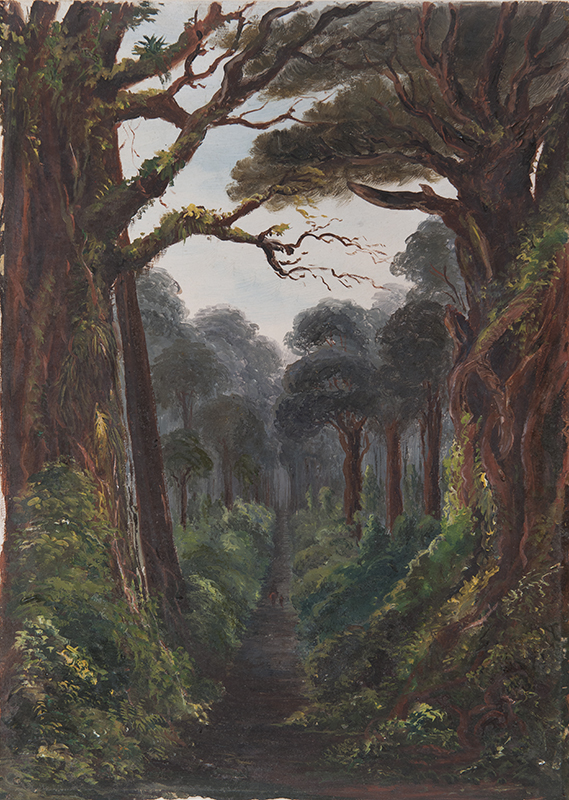 Sir William Fox was on a mission. The 78-year-old former Prime Minister was a teetotaller and wanted to demonstrate that a life of alcohol abstinence could lessen the effects of advancing age. Abstaining from alcohol, he believed, had given him the fortitude of a man 33 years younger. The social reformer and campaigner against bar maids was going to climb Mount Taranaki to prove it.

Sir William and a carefully chosen group, including New Plymouth mayor Arthur Standish, Mrs Halcombe, Miss Standish and Miss Saddler, set off for the mountain on 27 February 1890. The approach to the mountain was relaxed, with a call at guide Harry Peter's house and lunch at the edge of the national park before the six mile walk to the camp site.

In her diary written during the trip Edith Halcombe noted: "Sir William thoroughly enjoyed his walk through the bush and expressed himself very strongly on the subject of the conservation of the magnificent forest. Instant action should be taken as only the day before some ruffian had fired a splendid tree, and an angry burnt patch of charred disfigured timber told its own sad tale."

Tents were pitched at the camp site, helpers brought water from the Waiwhakaiho River, and tea was had. "A merry repast of pleasant chatter and laughter followed, interspersed with a few songs and then we turned into our comfortable tents - and prepared to enjoy our first night out" wrote Edith. "But Alas! A third party bound for the mountain kept arriving… and there was so much noise and confusion that very few of our party got sleep."

A novel method of climbing

Bright and early the next morning the party set out. Progress was slow, Sir William Fox was already struggling. A novel method was found to help him whilst still allowing him some dignity. A rope was fastened to a pole embedded in the ground and held firmly while Sir William pulled himself up the rope. The pole was then taken higher and driven in again. It was very slow, so slow that the first half of the party were returning from the summit as the tail-enders were still struggling up the scoria slopes.

"It took some hours before we could definitely exclaim 'Here we are at last!'" wrote Edith Halcombe. "It was to our horror 6pm and we really ought to have been well on our homeward route." It had taken the party a mind numbing 12 hours to reach the summit.

While resting in the crater Edith quickly sketched the surrounding view - out to the Sugar Loaves and the breakwater. The group watched the sunset over the sea. "We saw a most marvellous shadow, a distinct violet coloured replica of the mountain itself laid over the country… so perfect was the shadow that it had the appearance of a carefully cut velvet pattern of the mountain laid over the country beneath!"

The downhill trip was just as arduous on the little group. "We found the moss very slippery, and the moonlight is very dangerous to travel in as it is deceptive." The journey was so slow that the concerned advance party sent up a billy of hot tea and a tent. Everyone sat down and had a cup of tea before continuing down the mountain by candlelight.

They arrived back in camp at midnight - 18 and a half hours after departing – potentially the slowest trip up the mountain ever. Despite this Sir William was in good spirits. "Sir William was wonderfully cheery after all the tiring fatigues of the journey and we all soundly slept that half night with thankfulness that we were not still grouping our way through the Spaniards and boulders of Humphries Castle Gully, so picturesque and beautiful by daylight, so gloomy by moonlight."

The little group were very pleased with themselves, Edith Halcombe gushing "one and all agreed it was a proud thing that every member of the camp had reached the top and that Sir William Fox should have accomplished the trip even in the time he did was a subject of congratulation - in his advanced age a great feat, a compliment to British pluck and determination."

Another view was given 26 years later when the guide for the trip, Harry Peters, was interviewed. He observed that the objective of the climb was to determine that a man of 78 who had been an abstainer was as active and enduring as a man of 45. Peters added dryly "the experience gained during the ascent did not confirm the contention."