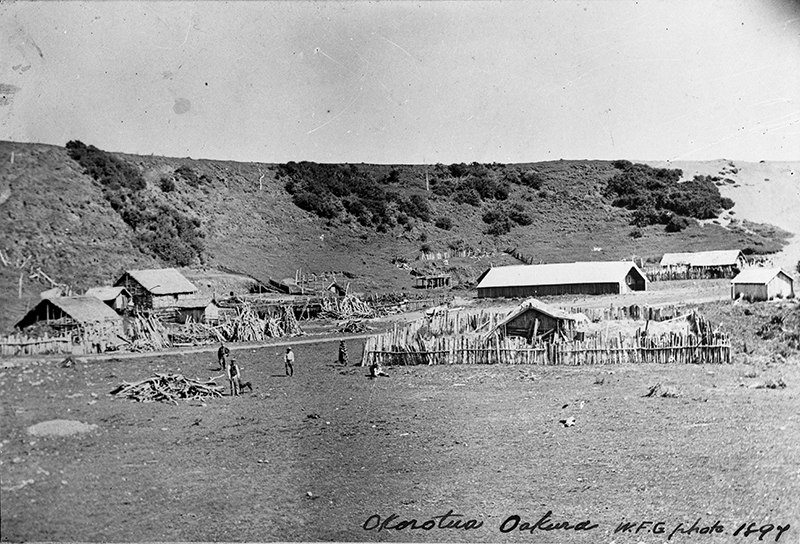 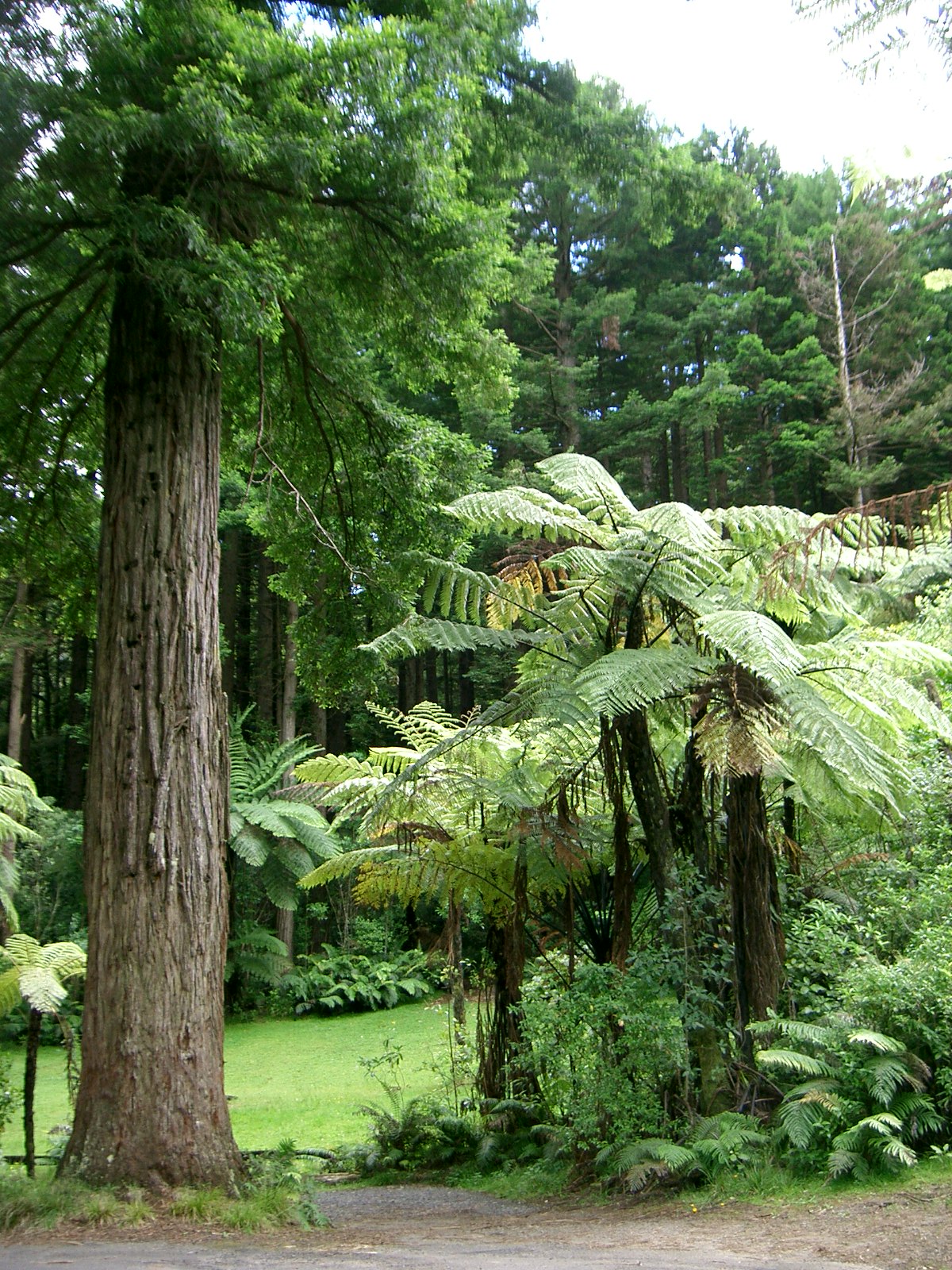 Among the towering redwoods rise clumps of native trees. They seem to have scant regard for the work done by Sir Victor Davies in the 1920s when he cleared the land and planted 150 back-breaking hectares of exotics. It seems more a tribute to Lucy Stevens, who grew up in Lucy's Gully, that the bush is trying so hard to return to the way it used to be.

Lucy's connection with the gully began in 1820 when she was born in a whare next to the Waimoku stream. Māori fortifications had stood on that ground since very ancient times when the land was extensively planted. Lucy's iwi gardened the sunny ridges keeping a watchful eye out for invaders down on the flat coastal plains.

When she married and left the area, Lucy lived at Ōkorotua pā beside the Ōākura River. She would sit outside the blacksmith shop selling whip-ends (or crackers) made of dressed flax, to bullock drivers. A bundle of 50 would fetch a single shilling. She also sold kete filled with mushrooms and blackberries plucked from the Kaitake slopes.

Though her toothless grin and deeply tattooed face sometimes frightened children, Lucy was noticeably fond of both her Māori and Pākehā “pickaninnies”. With dark eyes peeping out from beneath her black shawl, which often bore a wreath of kawakawa on top, she would happily waylay any child or adult who wandered past.

Lucy was called a 'Queen's Māori' during the Taranaki Wars because she backed the Government against the Hauhau, yet everyone knew her to be kind and compassionate. She enjoyed nothing better than a chat about olden times. Some days she walked all the way to Ōkato, down Hampton Road to Parawaha pā by the Mangakino stream, to catch up with family gossip.

When her husband and two sons died, she buried them in a small gravesite at the gully she knew so well, and every year she would trek there from Ōākura to hold her own private tangi. There she would indulge in an entire day and night of fasting and lamenting.

War comes to the gully

In 1864, Government troops attacked two pā sites south of Ōākura. Howitzers, rockets and mortars flew overhead, while a force of bushrangers attacked from above. When the defenders fled, the Kaitake Redoubt was established to stop them coming back to claim the land.

Soon after the attack, the 57th Regiment were ambushed while harvesting crops on a plateau near Lucy's Gully and suffered heavy casualties from Hauhau warriors hidden in a zigzag trench covered with fern. Captain Lloyd lost his life and his head, which the Hauhau took to Whanganui to impress potential followers. After the ambush, bushrangers chased the war party through the bush, burning whare at Te Ahu Ahu pā and Waikukupa pā, both of which had already been abandoned.

A hint of gold

The area created a brief flurry of interest in 1868 when a man named Wilson found a lump of quartz on Ōākura beach which contained a speck of gold. Suddenly, all eyes turned towards the hills and two men began prospecting at Boar's Head Creek, not far from Lucy's Gully. Their mine was called ‘Hit and Miss’, and didn't produce enough gold to do anything but dream on.

The road to Lucy's Gully was put through in 1963 and today falls under the care of the Department of Conservation. The exotics planted at the request of the Egmont National Park board in 1926 are all gone, except for the grove at Lucy's Gully and one small stand at the top of Wairau Road.

Though little information survives on Lucy Stevens, the karaka trees planted by her ancestors still abound in the Kaitake Range. And though the small plot where she tended the graves of her men no longer exists, the site might still be found if you look hard enough.

Puke Ariki Heritage Collection: Sound recording of a lecture given by Sir Victor Davies to the Founders Society about Lucy's Gully, 1 April 1952.